IS THE BIBLE REALLY RELIABLE FOR THE TIMES WE LIVE IN? 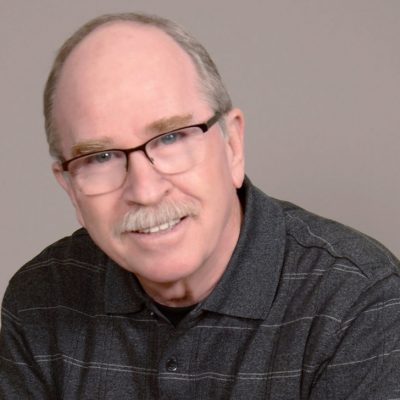 The Bible is unarguably an incredible book. It is the best-selling, most quoted, most published, most circulated, most translated, most influential book in the history of mankind. There is no close second.

So, let’s consider some of the evidences why the Bible is indeed what it claims to be: the trustworthy Word of God—written by men yes—but men who were guided by God as they penned its words.

Over and over, the authors of the Bible rightly foretold future events (often times, hundreds of years in advance). The Bible is literally filled with hundreds of specific, detailed prophecies about persons, places, and events—many of which have already come to pass.

Consider a few of the prophecies made regarding Jesus. Long before Jesus was born, the Old Testament prophets told us a Savior was coming who would make a way for humanity to be forgiven of our sins and reconciled to God.

The Old Testament prophesied this Savior would:

The Old Testament, completed 400 years before Jesus’ birth, contains more than 300 references to the Messiah that were fulfilled in Jesus’ life. Calculations using the science of probability on just 8 of these prophecies, have shown that the chance someone could have fulfilled them to be:

Many people who think the Bible is just a compilation of folklore and legends, overlook the fact that thousands of archaeological discoveries over the past century have verified the historical reliability of the Bible. Here are a few examples:

DAVID
Until 1993, not a shred of evidence could be found anywhere outside the Bible that David, the king of Israel, ever existed and so it had become fashionable in some academic circles to dismiss the David stories as mere invention. The critics’ verdict was that David was “nothing more than a figure of religious and political mythology.” [Jeffrey Sheler, Is the Bible True? (1999), 95–96.

Well, their skepticism regarding David collapsed overnight in 1993 when a nearly 3000-year-old inscription was unearthed in Israel mentioning David the king of Israel. This was a tremendous discovery and helped to verify for the first time outside the Bible that David was an actual historical figure. In light of this discovery, Time magazine stated:  The skeptics’ claim that King David never existed is now hard to defend. [Michael D. Lemonick, “Are the Bible’s Stories True? Archaeology’s Evidence,” Time Magazine, December 18, 1995] Indeed it is.

In 1961, a team of Italian archaeologists were digging in Caesarea, on the shore of the beautiful Mediterranean Sea in Israel. While clearing away the sand and overgrowth from the jumbled ruins of a Roman theater, these archaeologists made an astonishing find. They uncovered a limestone block that bore an inscription in Latin dating to the early part of the first century that mentioned “Pontius Pilate, Prefect of Judea.” This inscription verifies that Pontius Pilate was an actual historical person, that he reigned in the very position ascribed to him by the Gospels, and as prefect he would have had the authority to condemn or pardon Jesus, just as the Gospel accounts report.

What stunned the archaeologists most though was how this man died. He was put to death by crucifixion with nails. How was that determined? He still had an iron spike driven through his heel bone. The Romans typically removed the nails from their victims—iron was expensive—but apparently this nail was too difficult to remove. The tip of the nail had been bent back toward the head, likely the result of hitting a knot in the wood. And so, the soldiers left it there. And now we have solid archaeological evidence that the Romans did crucify people in Israel, in the first century, with nails—just as the Bible said.

We’re talking about an amazing book here, and yet it appears to be waning among Christians.  I’ll tell you more about it this Sunday as we wrap up our series on Navigating Life.  I can’t wait to see you.  Don’t miss this Sunday, or you’ll miss out on an amazing Baptism service and so much more.