WHY SHOULD WE CARE ABOUT ISRAEL 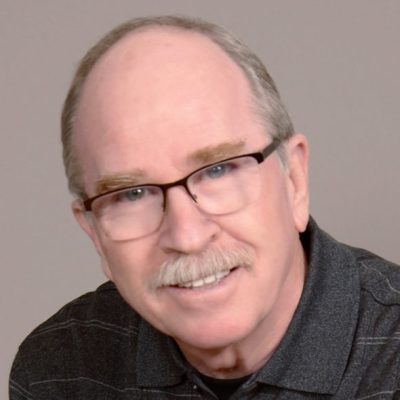 Plus…Important Information about Footsteps of Paul Tour in September

I get asked this question many times throughout the year, Why should I care about Israel? I think it’s a great question.

There are many Believers today, especially in the younger generations, who have serious questions about why they should stand with the people of Israel. What connection, they wonder, does modern Israel have with ancient biblical prophecy? After all, didn’t Paul state in Romans 9:6 that “not all Israel is Israel”? And, why should Christians stand with Israel when Israel is allegedly guilty of committing atrocities against the Palestinians? What about standing on the side of justice?

Here’s one last question: If God cares about something or someone, should Christians care also? This would be a logical conclusion, right? Therefore, if Christians care about God, they should care about Israel, too. When we as believers understand that Israel is all about Him, then yes, it is.

The number of Christians today who disregard and dismiss Israel, who consider God’s promises to her as null and void, is growing. Antisemitic acts are on the rise around the world, across our Nation, and even increasing here in Idaho. Israel is under attack constantly. What’s so important about this nation, the land of Israel, and this tribe – the people of Israel?

Israel is a land about which God says—uniquely, prophetically, redemptively, and

repeatedly in the Bible—“This is Mine.” God refers to Israel as He does to no other land on Earth. Israel was raised up to be a light to the Gentiles.

The Church at its inception was virtually entirely Jewish, and it remained so until the Gospel began to spread. Ultimately the Gospel spread to Antioch—where the first Gentile congregation began—the base from which the Gospel spread into all the world.

We are living in a sobering moment in history that calls us, as believers in Jesus Christ, to take a stand with Israel. We could be people of the last hour. We are not to be passive in the face of prophecy; we are called to pray with passion, to intercede, and to minister according to the words of the Savior who said it is not our task to speculate when the end will be. It is our responsibility to do Kingdom business until He comes (Luke 19:13).

This is not about politics, this is about the Word of God…but the political ramifications are extremely dramatic. Scripture declares there will come a time when all the nations of the world will turn against Israel. It is so highly conceivable this could happen in our time that it is critical to outline: why we should stand with Israel today.

The Church owes a debt of gratitude to Israel and the Jewish people. Our faith is founded upon Judaism. It is our root. (Romans 11:17-18) Christianity exists today because the Jewish people kept themselves faithful to God and His Covenant with them, generation after generation, persecution after persecution, diaspora after diaspora.

Our faith was generated from a consecrated place – Israel – and a chosen people – the Jews. The gospel is a Jewish message about a Jewish Messiah given to Jewish disciples within a Jewish context. The Bible tells us that salvation is “of the Jews” (John 4:22) and that to them “pertain the adoption, the glory, the covenants… and the promises; of whom are the fathers and from whom, according to the flesh, Christ came, who is over all, the eternally blessed God” (Romans 9:4-5).

God’s made a covenant with Abraham. The primary and arguably the most compelling reason we should care about Israel, is because of a covenant. This irrevocable bond between two parties, in this case between God and the descendants of Abraham, is directly related to us.

As we examine the Old Testament, also known as the Hebrew Scriptures, we witness failure after failure on Israel’s part. They continually failed at keeping their end of the deal. Israelites did not keep the commandments God ordained. They exhibited time and again a refusal to obey Him. What does God do about this unfaithfulness? He gives them another chance. And another. He disciplines Israel, then reiterates His love, expectation, and desire for them.

This Sunday, our focus is on, “Why Israel?”  You’re going to learn a lot and have your heart encouraged.  Why not invite someone to come with you.

Walk In The Steps of Paul and Visit the Churches of Revelation – There’s an informational meeting this Monday evening at 6:30 in the Lobby of Deer Flat.  Come and get the information.  The dates are September 21-Oct. 3

I can’t wait to see you this Lord’s Day.   It’s going to be outstanding!

Loving You and Loving Him!