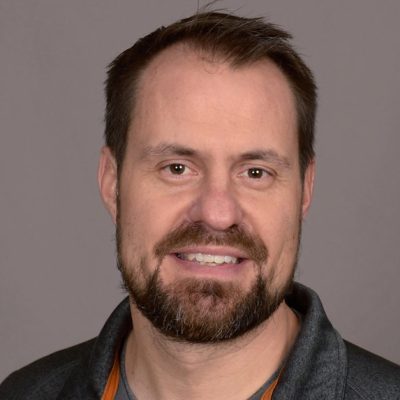 Have you ever read something and thought, “I couldn’t have said it better!” Well, grab your cup of coffee and prepare for an amazing read from James Emery White on exactly what I wish I could have said… Also, finish to the end to see 3 new life groups that will be launching very soon.

You are loved,
Pastor Ryan

Article:
We live in a day of deeply contentious disagreement on any number of things, but most of it is political in nature or over things that, while not overtly political, have been politicized. When we disagree with each other, we have two choices: We can maintain the ultimate mark of the Christian, or we can abandon and betray it.

In the biography of Jesus written by John, we have the poignant final words and prayers of Jesus to His disciples before His death on the cross. It is considered by many to be among the most moving sections of the New Testament.

So what occupied Jesus during the moments before His death?

Not surprisingly, He wanted the world to know that His death was a sacrificial one—that He was laying down His life for theirs, paying the price for their sins, and offering His death as a gift so that they could receive forgiveness and enter into a full, intimate relationship with God the Father.

But how would that happen?

How would people know, beyond a doubt, that what Jesus was offering was from God? How would they know that Jesus Himself was God the Son in human form, come to planet Earth to show the way? How would it be authenticated in a way that would be unmistakable and would force people to reckon with it?

Most would say, “The resurrection,” and they would not be wrong. But it’s not what Jesus suggested on the night before He died. He said that one thing, and one thing only, would confirm it all before a watching world:

Loving unity among His followers.

And to drive this home, He first commanded it (John 15:9-12), and then prayed specifically for it (John 17:20-21). To Jesus, the observable love between those who called themselves His followers was everything. It would be this unity that would arrest the world’s attention and confirm that He was from the Father.

We often marvel at the growth of the early Church—the explosion of faith in Christ in such numbers and speed that in only a blink of history, the Roman Empire officially turned from paganism to Christianity. We look for formulas and programs, services and processes. The simple truth is that they fleshed out the challenge and prayer of Jesus. As the second-century writer Tertullian noted, the awed pagan reaction to the Christian communal life was, “See how they love one another.”

When the Bible talks about such loving unity, it doesn’t mean uniformity, which is everyone looking and thinking alike. And the biblical idea of unity is certainly not to be confused with unanimity, which is complete agreement about every petty issue across the board. By unity, the Bible means first and foremost a oneness of heart—a relational unity.

This involves being kind to one another, gracious to one another, forgiving of one another—not assuming the worst, shooting the wounded or being quick to be suspicious. Biblical unity is about working through conflicts, avoiding slander and gossip, and being generous in spirit.

Such unity and love, as Francis Schaeffer once wrote, is the “mark of the Christian.” Not just a feeling of love or an acknowledgment of love, but rather a demonstration of love. And it is the litmus test Jesus gave to the world as to whether we really reflect Him.

“Jesus is giving a right to the world. Upon His authority, He gives the world the right to judge whether you and I are born-again Christians on the basis of our observable love toward all Christians.

“That’s pretty frightening. Jesus turns to the world and says, ‘I’ve something to say to you. On the basis of my authority, I give you a right: you may judge whether or not an individual is a Christian on the basis of the love he shows to all Christians.’”

Schaeffer then added that the world cares little for doctrine. That the one thing that will arrest the attention of a world that has disavowed the very idea of truth is, “The love that true Christians show for each other and not just for their own party.”

By party, Schaeffer meant whatever various segment of the Christian faith you might be a part of, such as Baptist or Presbyterian. And those divides can run deep. But that is not where Christian love and unity is being most breached today. It is the observable unity and love between Christians despite political divides.

During this moment in history, we can either be a shining light to the world – another example of how the Christian faith creates radical community even in the midst of honest disagreement – or we can allow our faith to be shoved aside in the name of politics and, as a result, have unloving attitudes and words cause a stench that the world can smell and destroy our witness before a watching world.

So why is it so bad right now? What’s going on with us? Why are so many Christians behaving so badly, in ways that are no better than those who are not Christians or even worse?

One is that we don’t know how to disagree with someone agreeably. We only know to give in to anger, to demonize, to belittle, to demean, to cancel. We don’t even try to empathize with others, enter into understanding or put love ahead of opinions. We can barely even treat them with basic human dignity.

In other words, we only know one way to enter into a disagreement: Go to war.

As Robert Morris has written, to choose war is to set someone else apart as the enemy, often through a process of disrespect and dehumanization. And we like war! Being at war and having enemies can be exhilarating. It brings a sense of moral clarity and life purpose. The neat trick is that when you so demonize your opponents, particularly when they are a fellow Christians, you don’t have to consider them as Christians at all. You simply relegate them to a sub-Christian level and absolve yourself of all responsibility for civility, much less charity.

Which leads to another reason this is happening:

We’ve stopped seeing it as sin.

Whether in blogs or chat rooms, on Facebook, Instagram or Twitter, we spew out the most caustic, mean-spirited words, actions and attitudes as if they are not reprehensible before heaven. But they are. According to Jesus, and throughout the New Testament, this is likened to second-degree murder (Matthew 5:21-22; James 3:5-10).

They went to the opera together.

And while vacationing with their families, they even rode elephants in India together.

A little-known story is that once Scalia bought Ginsburg two dozen roses for her birthday. One of his clerks, knowing how divided they were on countless court cases, and how she had never given him a vote he needed on a 5-4 decision of any significance, asked him why he did it. Scalia simply said, “Some things are more important than votes.”

To reclaim the relational unity that we are called to demonstrate before a watching world, we need to have an underlying trust of our brothers and sisters in Christ. If we can find that, we will flesh out the one, true, real mark of the Christian faith that Jesus said would be the one thing that would arrest the attention of the world and prove that what He came to establish was real. And that one mark has been, and will always be, 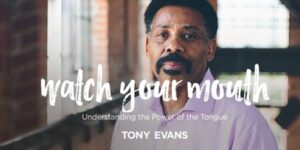